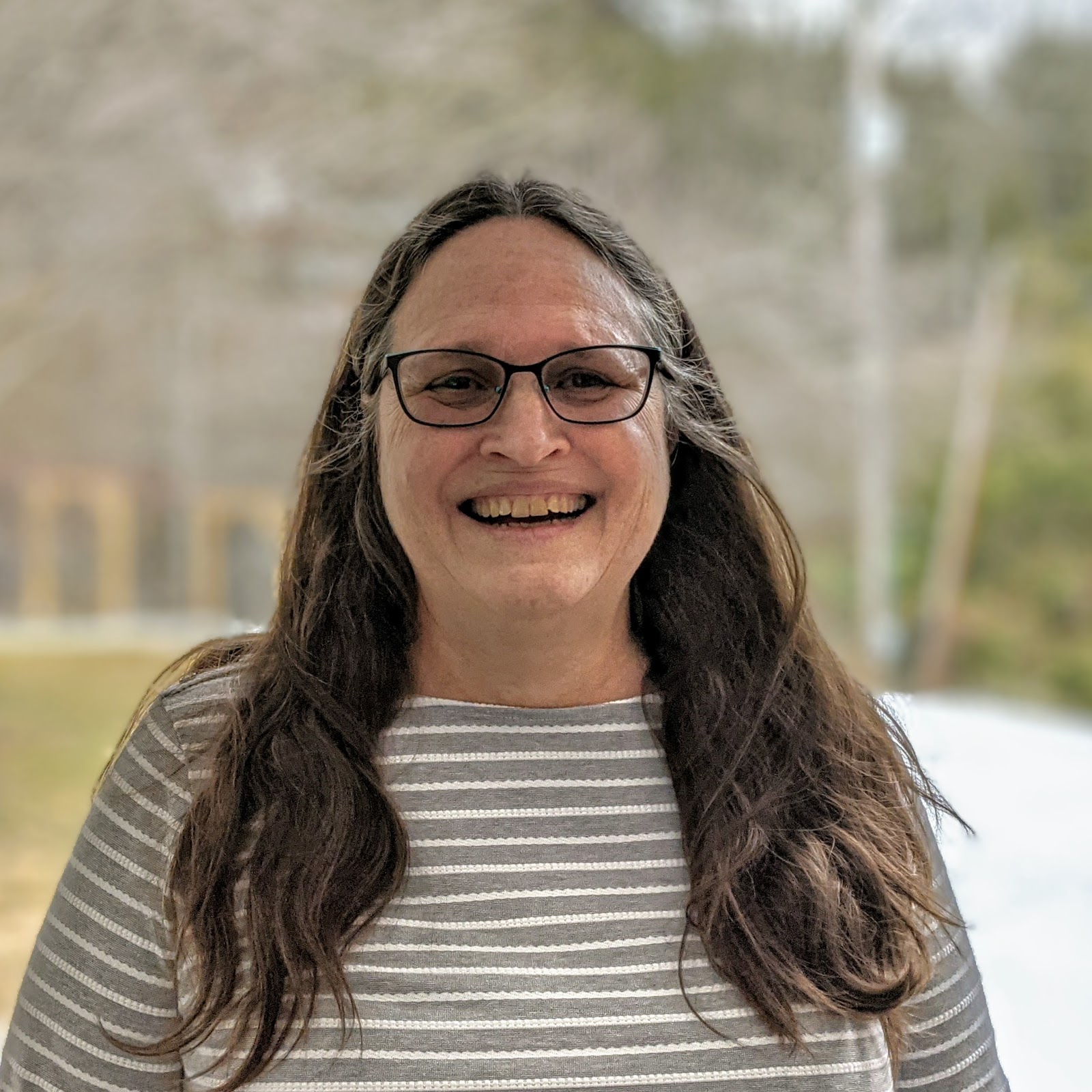 Mrs. Gatts is a retired project manager who lives near downtown Burnsville with her husband, Todd.  Beth has been on the Parkway Playhouse Board of Directors since 2016.  She is currently serving as the Treasurer for the organization.

Beth played clarinet in high school and was lucky enough to play in the pit orchestra for Fiddler on the Roof her junior year and Anything Goes her senior year.  She’s always loved musical theatre.  Beth majored in Computer and Information Science and received a BA degree from the State University of New York at Potsdam.  She started her career with IBM in the Research Triangle Park area of North Carolina as a computer engineer.  She then went into project management for IBM and then, following the sale of their PC division, for Lenovo.

Beth and Todd started looking at potential retirement homes in the North Carolina mountains during the summer of 2010.  The Parkway Playhouse is a big part of the reason they ended up choosing a house in Burnsville.  They split their time between Cary (NC) and Burnsville until they sold their Cary house in 2014.  They both worked remotely from then until Beth retired from Lenovo in March 2015 and Todd retired from IBM the next month.

Beth and Todd have two adult children.  Megan graduated from Appalachian State University in 2015 with a major in Art and a minor in English.  She has been an intern (2011), a summer volunteer (2013), a teaching assistant (2016), and the box office associate (2016) at Parkway Playhouse.  She’s now living and working in Seattle.  Ryan graduated from Savannah College of Art and Design with a major in Animation and a minor in Storyboarding in 2012.   Ryan is working as a special effects artist for video games at FXVille in Seattle.  They live about a half-mile from each other.

Beth and Todd enjoy traveling around the country with their RV.  Beth also enjoys working on her family’s genealogy on ancestry.com and on family search.org.