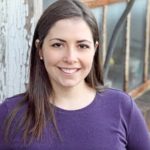 Kristen Donelle Livengood is the Parkway Playhouse Operations Manager. She is also the Creator and Director of “Get the Hook”, Parkway Playhouse’s teen improv comedy troupe. Kristen enjoys teaching acting and improvisational comedy to students of all ages. Other interests include acting, improvisational comedy, singing, dancing, and directing. She received a Bachelor of Arts Degree from the University of North Carolina at Greensboro.

“I knew that I was interested in performances when, as a young child I could become completely engrossed by someone singing on television. I discovered I was passionate about theatre when I saw The Trestle at Pope Lick Creek for a class credit in college and was rendered so speechless after seeing what theatre could be, that I changed my major the next week. I’ve been obsessed ever since.” 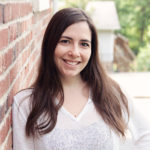 Kristen Livengood
Kristen Livengood holds a Bachelor’s degree in Theatre from UNC Greensboro where her focus was acting and directing.  Since then, she has discovered a love of performing and teaching improvisational comedy and has studied with Rick Andrews (Magnet Theatre), Holly Laurent (The Second City), and Chris Trew (The New Movement).  She has appeared onstage at Diana Wortham Theatre, Parkway Playhouse, Haywood Arts Regional Theatre, The Feichter Studio, and Asheville Community Theatre. She is also the founder and director of Parkway Playhouse’s high school improv comedy troupe Get The Hook. 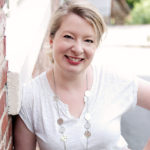 Jenny Martin
Jenny got her start in theatre at Burnsville Elementary School when she starred as a Southern woman in a Civil War play. After the theatre bug bit, continued to act in plays in middle and high school, and worked at the Parkway Playhouse through high school and college as an intern and staff member, from 1997-2003. She attended the University of North Carolina at Greensboro, where she attained her BFA degree in Theatre Education. She then returned to her roots, to teach theatre at both Cane River and East Yancey Middle Schools, where she has been teaching 14 years. 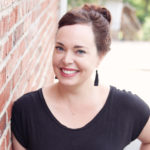 Erika Tyner
Erika has been working in the public school arena as a 6th grade Language Arts teacher for 12 years.  Growing up, Erika spent most of her free time in middle school and high school involved in the theater, being very active with her local community theater, attending Governor’s School for Drama, and creating a touring Children’s Theater in college.  After graduating from UNC-Chapel Hill with a degree in Performance of Literature (with a focus on Children’s Literature), she got a job teaching drama to adults with disabilities in the nonprofit sector in Asheville.  She sought a Master’s Degree in Teaching Middle Grades Language Arts from Western Carolina University.  As an educator, Erika has been named Teacher of the Year for her county, awarded National Board Certification, participated in the NC Governor’s Teacher Network, and spent a year as an Educational Policy Fellow.