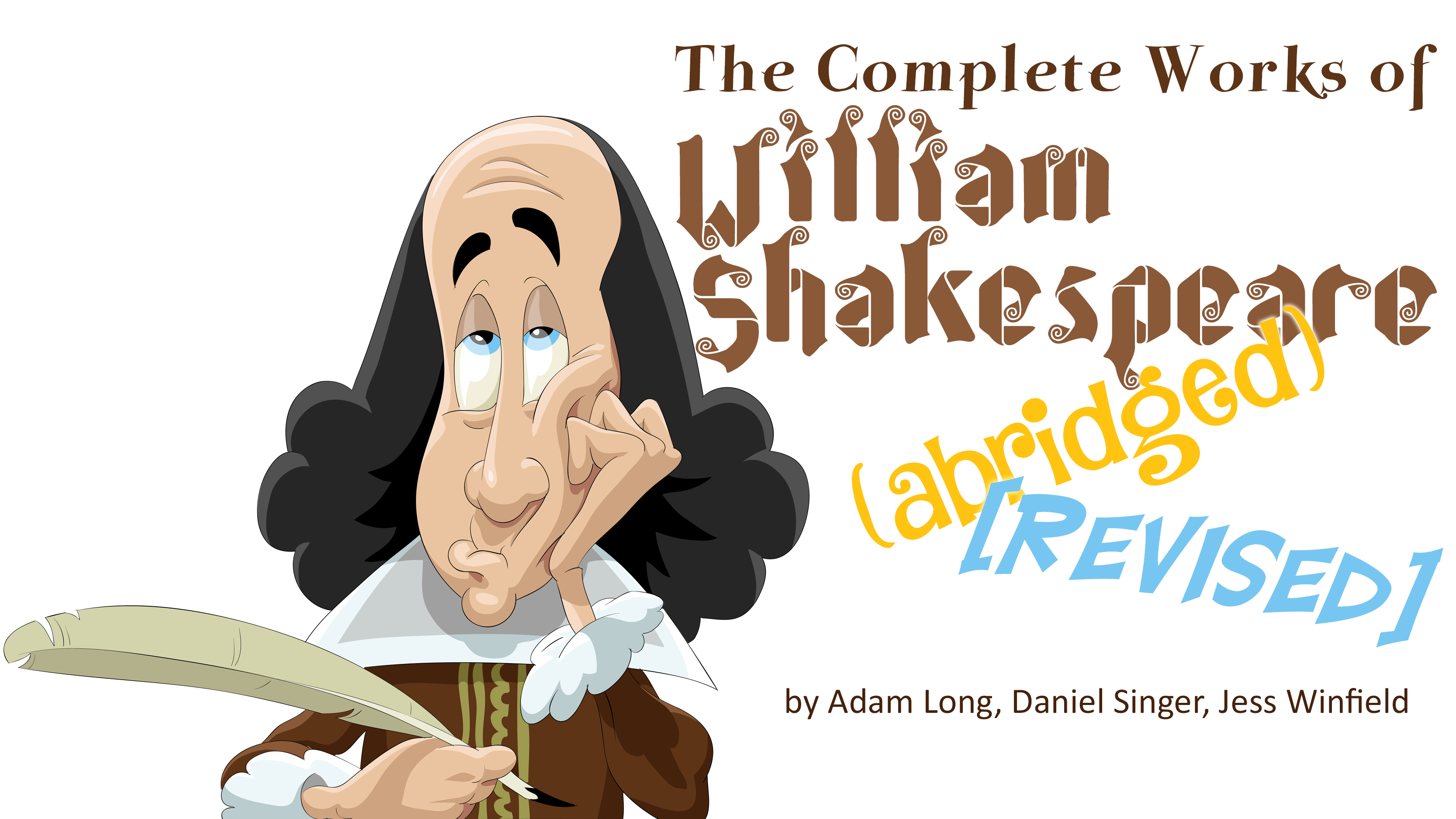 The cultural touchstone that is THE COMPLETE WORKS OF WILLIAM SHAKESPEARE (ABRIDGED) was born when three inspired, charismatic comics, having honed their pass-the-hat act at Renaissance fairs, premiered their preposterous masterwork at the Edinburgh Festival Fringe in 1987. It quickly became a worldwide phenomenon, earning the title of London’s longest-running comedy after a decade at the Criterion Theatre. Featured are all 37 of Shakespeare’s plays, meant to be performed in 97 minutes, by three actors. Fast paced, witty, and physical, it’s full of laughter for Shakespeare lovers and haters alike.